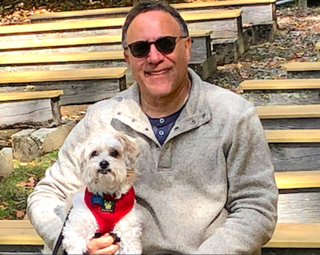 His debut novel, BEHIND THE FOURTH WALL, will be published in January 2022 by Black Rose Writing. This spellbinding narrative follows Noah Miller, a New York playwright coping with overcoming grief, who must find the courage to face his darkest fears.

Mr. Solomowitz began his career writing scripts for Manhattan Cable TV and has worked for Warner Bros. in Hollywood. For several years he was a freelance sports journalist and contributed dozens of articles to national and trade publications.

He is a Contributing Author for two non-fiction sports books including Baseball and the Sultan of Swat: Babe Ruth at 100 (AMS Press) and a proud member of the Cape Cod Writers Center.

He lives on Cape Cod with his wife and Shih-poo.

BASEBALL AND THE "SULTAN OF SWAT": Babe Ruth at 100

"... A game-winning home run for any true student of the Babe."

A compendium of member websites