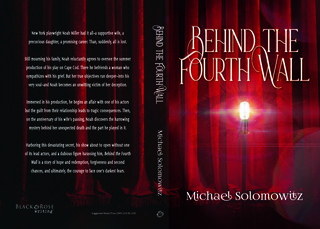 New York playwright Noah Miller had it all—a supportive wife, a precocious daughter, a promising career. Then, suddenly, all is lost.

Still mourning his family, Noah reluctantly agrees to oversee the summer production of his play on Cape Cod. There he befriends a woman who sympathizes with his grief. But her true objectives run deeper—into his very soul—and Noah becomes an unwitting victim of her deception.

Immersed in his production, he begins an affair with one of his actors but the guilt from their relationship leads to tragic consequences. Then, on the anniversary of his wife's passing, Noah discovers the harrowing mystery behind her unexpected death and the part he played in it.

Harboring this devastating secret, his show about to open without one of its lead actors, and a dubious figure harassing him, Behind The Fourth Wall is a story of hope and redemption, forgiveness and second chances, and ultimately, the courage to face one's darkest fears.

BASEBALL AND THE "SULTAN OF SWAT": Babe Ruth at 100

"... A game-winning home run for any true student of the Babe."

A compendium of member websites